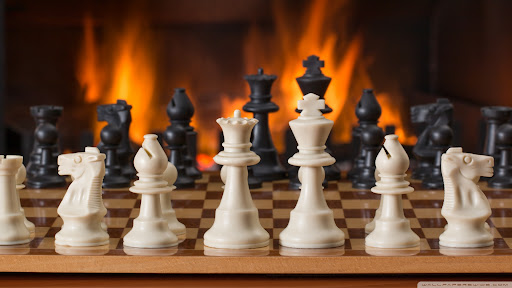 What does the definition of a sport entail for you?

If it includes a considerable amount or frequency of running, kicking, or punching taking place between 2 or more players, then you might be mistaken. Because there’s a game that doesn’t involve any of these, and yet, is considered a sport. It’s been a long and rather controversial debate whether or not it should be considered a sport since it doesn’t involve any physical activity, but it is played with a lot of rules, takes place between 2 players and a jury team to witness it, which is why the Olympics Committee, probably one of the highest sports authorities in the world has chosen to classify it as a sport globally. That sport is Chess!

Chess by fact is an indoor sport played between two players on a chessboard with sixty- four squares on it. Each player gets sixteen units by which the game is played: one king, one queen, two rooks, two bishops, two knights, and eight pawns. The Queen I considered to be the strongest unit and the pawns are the most nominal ones, the powers and usage of these units completely depend upon the tactics used and situations during the game. When the queen of either side of the board is knocked off with the word Checkmate, the game is over.

Playing chess is a great deed, indeed, but winning in chess brings a thrill that compares to very few things in life! Susan Polgar Chess Method is one such chess method developed by gran herself that prepares you for nothing but the gold. Susan herself spent countless hours demonstrating each and every rule and move to record these in the form of Chess DVDs for you to learn unbeatable chess tactics from any part of the world and at any time. Anyone who knows chess will be able to testify by just looking at the videos that the tactics showed there screams experience and confidence, possessed by Susan.

With her unique methods and techniques, self-developed by forty-five-plus years of experience, she has left no stone unturned while creating these videos to offer her students nothing but the best. It’s uncanny how so many of her students have become global chess champions with some of them becoming grandmasters themselves. From skillful and astute chess openings to smart endgames, her immersive grandmaster special course will take care of them all.

Here’s a guide, we have prepared with the guidance of the grandmaster herself, for beginners, on how to play chess.

All units have different movements assigned to them. The pawns can move only forward in a straight line or attack diagonally to the blocks on the immediate sidelines. Bishops can only move and attack diagonally. Knights generally play two squares horizontally or vertically from their position and one square sideways. Rooks are the second strongest unit in chess. They can move horizontally or vertically. King’s move in all directions, but only sticking to the effect of one box. Queens possess the power of rooks, pawns, bishops, and Kings, all except knights. They can move and attack in all directions up to the space available.

There are a handful of techniques for chess openings for all of these units which, if done correctly, will take you a long way throughout the game, all of which you’ll be able to learn through our DVDs.

Here I will be revealing to you about castling with respect to one side i.e one which is available at row 1 in case you are at the inverse side i.e starting position of your king is e8 then exchange 1 with 8 in this section about Castling.

So castling is one of the remarkable moves implemented in chess under certain conditions. Castling happens among kings and rooks. One player can utilize this move just once a game. As we are aware that one player has two rooks so castling can likewise occur at different sides. Prior to moving forward, you should know about different sides on the chessboard, Kingside, and Queenside. We are aware that ‘a’ to ‘h’ is composed horizontally on a chessboard. So the king remains at ‘e’ and the Queen stands at ‘d’. As evident,  ‘a’ is closer to ‘d’ while ‘h’ is nearer to ‘e’ so assuming that the king does castling with the rook present at a1, it is named as ‘Castling to the Queen side’ while in the event that King has castled with the rook present at h1, it is named as ‘Castling to the king side’.

Our Chess DVDs cover special volumes on Castling in Chess – When and when not to do it.

So assuming you do castling to the queenside, as we probably are aware the King will be at e1 and rook will be at a1 so when castling happens then the king will avoid one box and will come at c1 while rook will come at the other side of King i.e at d1.

Of course, there are a handful of other rules.

It takes a lot of time, money, and practice for anyone to become a pro at chess.

Thanks to Chessondemand, the monetary aspect of it is taken care of. Here, you’ll get immersive courses curated by grandmasters like Susan at the most efficient prices in the world! Test your efficiency, learn and build to become a master at chess.

A Beginner’s Guide on How to Play Chess? | Chessondemand